The Pregnancies of Katherine of Aragon by Sarah Bryson Sadly, on this day in history, on the 9th of November 1518, Katherine of Aragon, first wife of King Henry VIII, gave birth to a stillborn girl.

There are very few surviving details of Katherine's pregnancy but Venetian Ambassador Sebastian Giustinian wrote that "This night the Queen was delivered of a daughter, to the vexation of as many as know it;—the entire nation looked for a prince." A later report in the Venetian archives stated that: "The Queen had been delivered in her eighth month of a stillborn daughter, to the great sorrow of the nation at large".

At eight months, Katherine of Aragon would have gone into labour a month early. It is unknown if Katherine had time to enter her "lying in", where the Queen removed herself from court and shut herself away from the world. No men were allowed in her private rooms and the Queen was only allowed to be attended to by other women. The Queen's rooms would be closed off and tapestries would be hung over the windows to block out as much light from the outside world as possible. Only a single window would have been left open to allow fresh air and a small amount of light into the room as it was believed that too much light could damage the mother's eyes. Crucifixes and other religious items would have been kept within the room to provide spiritual support for the mother. The idea was to recreate the womb: warm, dark and quiet. The Queen's lying in generally took place around a month before the child was due, so it is possible that Katherine may have just entered her lying in when her sudden labour came upon her. Or perhaps she was just going through her daily routine. Whatever the circumstances surrounding Katherine's pregnancy and labour, she had to go through all that labour and childbirth involved only to deliver a daughter who never had the chance to draw her first breath. One can only imagine the sheer grief that Katherine must have felt.

The birth of this stillborn daughter was Katherine of Aragon's last pregnancy. By 1518, Katherine had been married to Henry VIII for nine years and had experienced around six pregnancies, but much to her husband and the kingdom's distress she had only managed to produce a single healthy child: a daughter. It is important to understand that the way men and women was viewed during the Tudor period was very different to how we, in many countries, view men and women today. In medieval England, the English crown had been held by men and it was strongly believed that women were physically and intellectually inferior to men. Women were expected to live up to the ideal of the Virgin Mary – to be pure and chaste - yet when they were married it was a woman's role to engage in sexual intercourse and to provide her husband with strong, healthy children, especially sons. In addition to this, it was strongly believed that it was the woman's fault if she could not produce healthy children. While extremely religious and devout, and wholly dedicated to her husband, Katherine of Aragon had failed to do the one thing that was seen as her duty as Queen: to provide her husband with a son and heir to carry on the Tudor blood-line and to succeed his father to the throne.

Throughout the centuries, historians have argued about the exact number of pregnancies that Katherine of Aragon experienced, with theories ranging from six to the staggering number of ten! Katherine of Aragon may not have known that she was pregnant until she had skipped several "courses" (the Tudor word for period) or until she felt her baby move within her at around four or five months (known as the "quickening"). This may seem strange to us in today's times with modern technology that can test if a woman is pregnant at just a few weeks, but such hope rode on a Queen's shoulders that it was vital to be sure the Queen was definitely pregnant before she advised her husband or announced it at court.

From examining the historical documents, it is strongly believed by most that Katherine in fact had six pregnancies:

1) 31st January 1510 - Katherine gave birth to a stillborn daughter at just seven months. On the 27th May 1510 Katherine wrote to her father, King Ferdinand that: "Some days before was delivered of a daughter. That her child was stillborn is considered to be a misfortune in England. Has, therefore, not written sooner, or permitted any other person to send the news of her confinement. Begs him not to be angry with her, for it has been the will of God. She and the King her husband are cheerful. Thanks God and him that he has given her such a husband as the King of England." Katherine and Henry were still young and the King believed that his wife would soon give him a son.

2) 1st January 1511 - Katherine gave birth to a baby boy, named Henry after his father. The whole Kingdom rejoiced and the King ordered a lavish celebratory joust to be held at Westminster. Tragically, the little boy would die on the 22nd February 1511, aged just fifty-two days old.

3) 17th September 1513 - Katherine gave birth to a son. The Venetian Calendar of State Papers record that "a male heir was born to the King of England and will inherit the crown, the other son having died." It is possible that the child was alive at birth but died shortly afterward. It should also be stated that Henry VIII was in France when Katherine gave birth and was not due to return to England until the end of October. It is highly unlikely that the King would be away for the long-awaited birth of a son and this could point to the fact that Katherine went into labour before her due date.

4) November 1514 - Katherine gave birth to a stillborn son. Venetian Ambassador Sebastian Giustinian wrote that "The Queen has been delivered of a stillborn male child of eight months to the very great grief of the whole court".

5) 18th February 1516 - Katherine gave birth to a daughter who was christened Mary. Mary would be Katherine of Aragon and Henry VIII's only surviving child. She became Mary I, the first female monarch of England.

6) 9th November 1518 - Katherine gave birth to a stillborn daughter. Once again Katherine had delivered a child in her eighth month of pregnancy.

Katherine of Aragon had borne six pregnancies within nine years, five of them resulting in the death of her children. The frequency of her pregnancies and the tragic loss of each infant took its toll upon the Queen and after November 1518 she had no more children.
It is unclear exactly why Katherine lost so many of her children. During the Tudor period it was not unusual for babies to die young and it is reported that only two out of every five births resulted in children that would live to adulthood. However, after six pregnancies Katherine had only a single living child, a daughter. There have been reports that Henry VIII was infertile, and while this may have been the case in the later years of his life, in the early years Katherine was able to fall pregnant at regular intervals. Katherine of Aragon was devoutly religious and was known to fast regularly and it has been suggested that this fasting while pregnant may have harmed the unborn child. Whether this is true or not remains unknown. It has also been suggested that with her failing pregnancies Katherine may have been under greater and greater pressure to provide her husband with a longed-for son and heir and that this stress affected the developing foetus.
Whatever the cause of the loss of Katherine's children it must have been extremely traumatic for the Queen, especially with the weight of the nation upon her shoulders. Sadly, Katherine was eventually cast off by her husband for another woman and she died before she could see her only living child, her daughter Mary, become Queen of England.

Click here to read an article on Katherine's 1510 stillbirth, and for more on pregnancy and childbirth in Tudor times, members can view Claire Ridgway's talk - click here.

The Pregnancies of Katherine of Aragon by Sarah Bryson 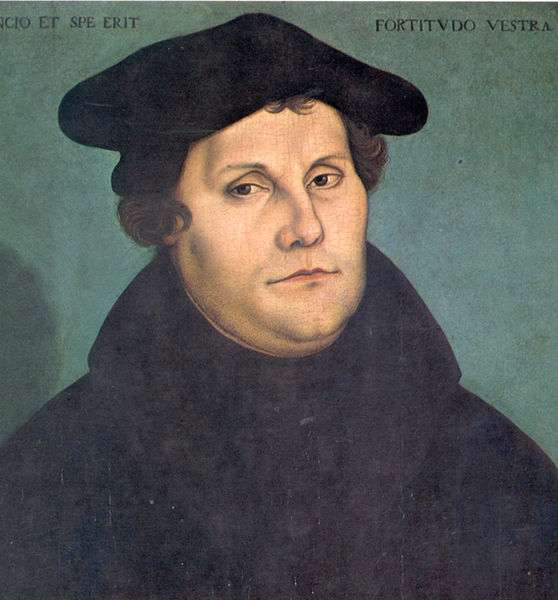 Public Was Richard III Killed by a Welshman?