Thank you to our Tudor Society art historian Melanie V. Taylor for this review of the Royal Collection Trust's exhibition. Over to Melanie...

Before I review this exhibition, I would like to apologise to Dr J S Edwards for suggesting in my July Tudor Life magazine article that he had attributed the Yale Miniature as being a portrait of Amy Robsart. I had been reading an article on this miniature on another website that proposes this image as being of Amy Robsart and quotes from Dr Edwards, Eric Ives and others. I misunderstood what that author was saying and mis-attributed the possible identification of this miniature as Amy Robsart to Dr Edwards.

Back to my review...

London is sweltering in unaccustomed heat, so if you are in England you might consider a visit to the Queen's gallery, Buckingham Palace just to get out of the sun.

The exhibition is full of beautiful paintings, china and exquisite Fabergé flowers and importantly for members of The Tudor Society, this painting by the prolific artist, British School.

Henry VII and Henry VIII were the first English kings to have a garden and this painting gives us glimpses of The Great Garden at Whitehall Palace. No longer were gardens allegories of the sacred or literature, but status symbols1. But this is not why I was so pleased to see the original anyone interested in Tudor history knows so well.

The detail of this painting is amazing. What struck me immediately was that Jane Seymour is wearing a locket on a chain worn round her waist. This locket resembles that worn by the king in the copy of Hans Holbein's portrait of him in The Walker Gallery, Liverpool: The central group comes to life in the original, but it is apparent that the artist(s) are working from patterns and not from life. The princesses stand outside the pillars, included as integral to the Tudor dynasty, but excluded from the close family unit in the centre. Elizabeth is dressed more richly than her older sister and wears a gold A, with a pearl, around her neck. Mary has an ornate cross at her neck and through the open doorway behind her, we see either Mother Jack or Jane the Fool. Will Somers is seen in the doorway behind Elizabeth and he has a monkey on his shoulder. Since it is possible to get within inches of the canvas, it is possible to see that all the royal figures have blue eyes! Clearly the facial templates did not include notes as to eye colour.

The catalogue tells us that new gardens had been laid out at Richmond Palace in 1501 as part of the marriage celebrations of Prince Arthur to Princess Katherine of Aragon.2 We have detailed planting details for the various gardens in the accounts, but designs have not survived. Claire's fabulous video of the Alhambra gives us a glimpse of what Katherine had left behind her in Spain - see www.tudorsociety.com/video-claire-at-the-alhambra-in-granada/.

The heraldic beasts, emblems of Tudor supremacy, dominated the various gardens and the Hampton Court 500th anniversary celebrations of the accession of Henry VIII recreated a Tudor garden using these glimpses of the Whitehall garden and other documents.

The inclusion of two sketches by Leonardo da Vinci of Job’s tears (Coix lacrymajoi) c1510 and The seed-heads of two rushes (scipus lacustris and Cyperus sp), which has notes in Da Vinci’s famous left-handed code,3 was one of those spine tingling moments for me. Call me a geek, but I love sketches and every time I have the opportunity to study a da Vinci sketch close too (I practically had my nose on the glass) I get a tingle of connection to his genius.

In a small room which is carefully climatically controlled, are some rare books on gardening and garden tools. For anyone interested in the growth of the book industry, these publications demonstrate just how quickly printing became used for spreading and sharing information. Woodcut illustrations show designs for knot gardens, various labelled garden tools and instructions for the preparation of land. These sixteenth century books draw on much earlier had written treatises and are important for both book and garden lovers.

In a case on its own, is Isaac Oliver’s A Young Man Seated under a Tree. Oliver was trained by Nicholas Hilliard and this full length miniature shows how the pupil takes everything from his teacher and improves it. Nothing will prepare you for the sheer brilliance of this exquisite painting, which is 4.8 x 3.5 inches. Who are the couple walking in the formal garden in the middle distance? Why is this young man leaning against this tree with one glove removed and lying on the bank next to him? Who is he? We do not know. I know that Oliver signed this painting, but I was unable to find his signature, despite knowing where it was!

This first room is full of sixteenth and seventeenth century gems, with still-lives by Maria van Oosterwyck, Simon Vereist and Daniel Seghers. The botanical drawings of Alexander Marshall (1620 – 1682) are beautifully observed, but it was the botanical drawings, with insects by Maria Sibylla Merian (1647 – 1717) that fascinated me. Merian took herself and a daughter to Surinam between 1699 and 1701 and documented the flora and insects of the rainforest. She was trained in the art of flower painting.

This was the time of world exploration and there were rich collectors who wanted exotic, rare and unusual plants in their collections. Merian’s work is both art and natural science. Her observations of the botany and the insect life of the Surinam rainforest was published in 1705 in Metamorphosis insectorum Surinamensium. Her 60 plates illustrate the life cycles of the various insets she discovered and she was careful to show the relationship between the insects and the flora they depended on. Merian joins the growing band of women artists who are emerging from obscurity and becoming more widely known for their skill. The exhibition shows the development of the garden through the centuries, showing the way our love of flora has inspired garden design, porcelain decoration, objects d’art, jewellery as well as depicting them in painting, woodcuts and engravings. If you are in London, then take an hour or two and go - http://www.royalcollection.org.uk/whatson/2%2C26%2C27%2C30. Entrance will cost you £10 (concessions £9.20 & Under 17 and Disabled £5). Remember to sign the back of your ticket and get it stamped as this will give you entry for as many times as you want to any exhibition in a twelve month period. The next exhibition at this gallery is going to be Masters of the Everyday: Dutch Artists in the Age of Vermeer. (13th November 2015 – 14th February 2016), so having a ticket is going to give me free entry to what promises to be another blockbuster of an exhibition. 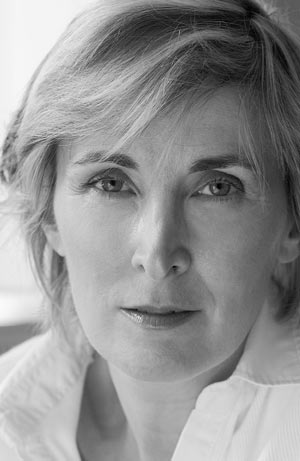