1536 was an eventful year for Henry VIII! Just over two months after the fall of his second wife, Queen Anne Boleyn, Henry VIII's only son, his illegitimate son by Elizabeth Blount, died on 22nd July 1536 at St James's Palace. It was a huge blow for the king.

In today's "on this day" talk, I give details of Fitzroy's illness, death and burial, and also just how much of a favourite he was with his father. 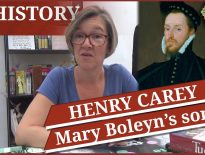 On this day 23 July – Henry Carey, son of Mary Boleyn 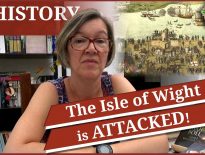 On this day 21 July – The Isle of Wight is attacked