Enjoy this sample article from our 86-page January edition of Tudor Life Magazine. This month we have many articles about the fascinating Henry VIII - all the way through to his final days. It's packed with information and great articles and is longer than ever!

The full members-only version of this magazine includes:
The magazine has loads of articles for members to enjoy including: 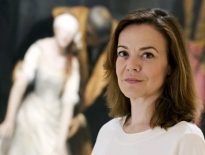